Despite being physically one of the largest countries in the world, Greenland has a small, and typically isolated, population. Despite this, it supports a national broadcaster, Kalaallit Nunaata Radioa (KNR). The broadcaster is government funded but remains decisively independent.

It broadcasts largely in Kalaallisut, the Greenland native language, along with Danish (Greenland is a self-governing part of Denmark), and there are ambitions to add English as well. Remarkably, KNR creates 1000 hours of unique television each year, along with 2600 hours of radio – no mean achievement for an organisation with only around 85 employees.

Alongside radio and television, KNR has a strong online presence. All this adds up to the need for comprehensive news production management, ensuring that all three portals are fed with timely and accurate stories, in at least two languages.

KNR had a content management system but it was very much under strain, demanding a lot of technical resources simply to keep it going. It was time to look for something that would deliver productivity but could be implemented simply and quickly. “We were in a crisis,” said Kim Larsen, head of TV production at KNR. “Everything was too old – but we did not have the money to buy a traditional system.”

“We are very keen on open-source technology,” said Martin Chemnitz, new media manager at KNR. “Proprietary software locks you in, limiting you in what you can develop. Open source allows you to customise on a larger scale.”

KNR’s requirements were slightly paradoxical. On the one hand, they wanted a single system for radio, television and the web, avoiding silos and gaining benefits from working together. On the other hand, by the standards of many vendors this was a small system, because KNR is a small – albeit very efficient – organisation.

Kim and his team developed an action plan, which was discussed first with the operational team and then with the board. Armed with a set of requirements, they looked for what was possible. A Danish technology consultant suggested they look at nxtedition.

Ola Malmgren, creator of nxtedition explained “when we founded nxtedition, we brought together experienced broadcasters with advanced thinkers in software and IT. Our goal was to create a solution which was smart, innovative, productive and future resistant.”

Central to the design concept was that the software should be open source, microservices-based for inherent virtualisation, and controlled through web services for simple customisation and development. On this platform, the company has built a complete set of tools for journalists, producers and engineers, covering every aspect of production management from origination to playout.

“It was hard to believe at first that it could do all this,” Larsen said. “But boy was it a good idea.”

“Their approach is radically different,” he continued. “They asked, ‘what do you want to do?’ and ‘how do you want to do it?’. They asked us to think differently, to see what could be automated.” They worked together to develop an easy way of working.

An important issue was the fact that, while the production management system was largely life-expired and in need of replacement, the web content management system (based on Drupal) was meeting KNR’s requirements and changing it would be a resource demand they could happily live without.

“When you create a website based on a content management system, the software sets goals,” according to Chemnitz. “We quickly found that we are able to customise nxtedition to get what we want, and Drupal and nxtedition readily scale alongside each other.”

Larsen added “it made a paradigm shift in producing television and radio, which has come from the web. nxtedition puts the user at the centre and allows each member of the team to work intuitively. When you have journalists and producers excitedly saying ‘hey – I have the opportunity to work the way I want to!’, that is not normal.

“Usually, in any multi-user system, you are stuck with compromises and workarounds – someone else decides how you should work,” he said. “When you can decide how to work, to set up your own workflows, then you are moving something culturally. That is what nxtedition gives us.”

They described it as a “process of discovery”, developing their own best ways of working. Immediately, though, there was a clear increase in productivity, not least because it is intuitive in the extreme. Comprehensive training for a journalist takes just two hours; a nxtpert (nxtedition expert) can learn everything about nxtedition in 24 hours.

One of the ways in which KNR developed their approach to the system is that they started with the philosophy that “everything is in nxt”. But they quickly realised that it did not need to work that way, if there was a better way of doing things. Craft editing is a great example: nxtedition makes it simple to hand files over to an external editor and take finished packages back in.

The single system approach means that, whatever sort of file you have in nxtedition, anyone can see and use it. So, television producers can look into the radio newsroom to see if there is content they can use; web editors can draw the best of the content into the online offering. “It’s another example of the cultural change,” Larsen reflected. “Now our approach is not ‘let’s make me look good’, it’s ‘let’s make everybody good’.”

In a country with few roads, where most population centres can only be reached by boat or plane, the capabilities for remote working are always a top priority. So, the coronavirus lockdown was simple to accommodate. “It was no problem at all to go over to working from home,” Larsen said. “We can run the studio from anywhere. We have got to the point where everything is down to connections – if you have broadband you can do anything.”

Continuing collaboration between KNR and nxtedition means that the system continues to grow. “They are very good at handling the management of development,” Larsen concluded. “They understand the difference between customisation and development of the product base.

“And they helped us to understand that we should keep looking for ways to do things better, in a more productive way. In a well thought-out software system, you are not implementing something, you are continuing development.” 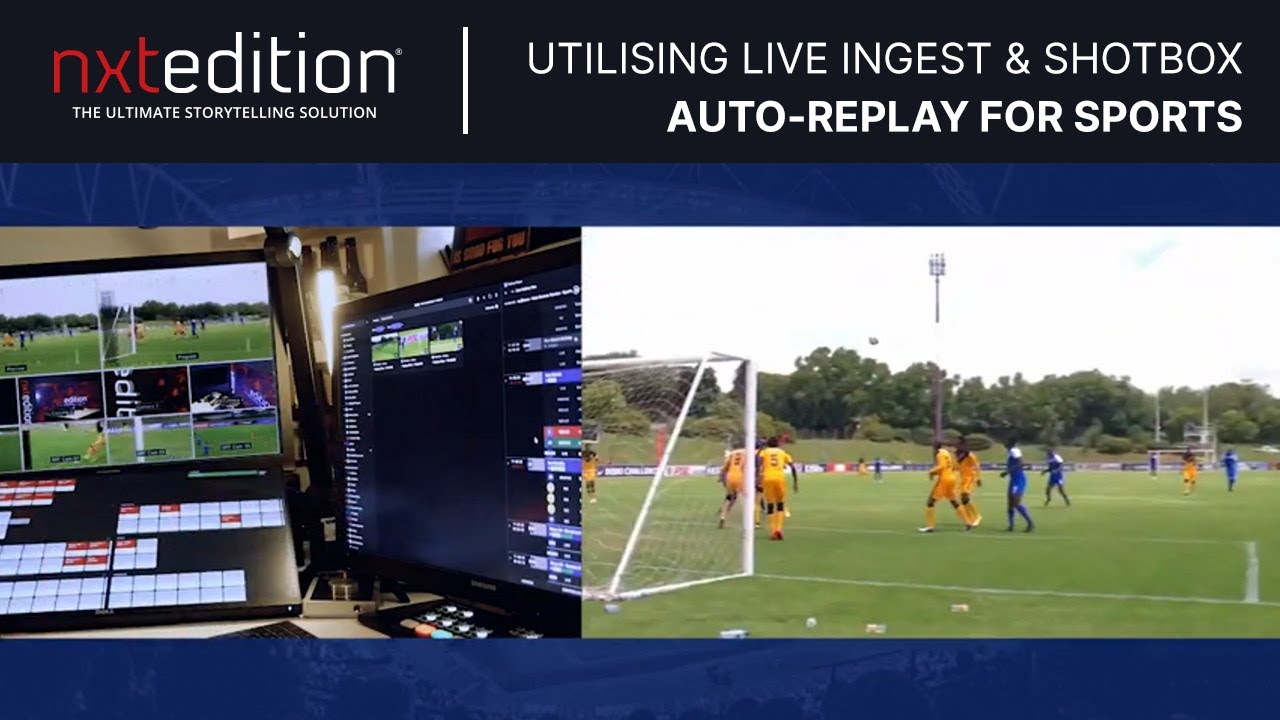 How can you create an ‘Auto-Replay’ during remote production of sport? 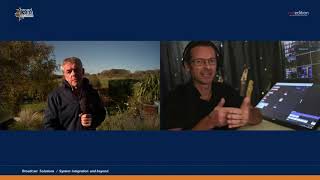 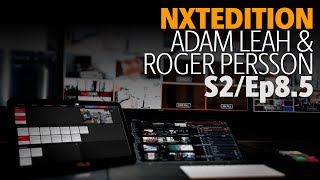